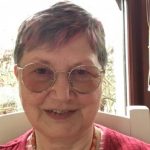 active 1 day, 7 hours ago
@stuartyoung did you know that Dharmavidya (David) is sending out 5 minute podcasts every other day? You can join his list and find out about his Zoom groups by messaging him here http://eleusis.ning.com View

There are no users currently online

Make a gift to support the dharma work of Amida-shu.